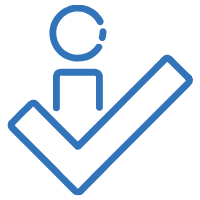 Who do you want to represent you? Well, if you are a business owner, your answer might be "a business attorney." You might figure you can put off hiring an attorney until you actually find yourself facing a lawsuit, but that would be too late. You really want a lawyer around earlier than that to take preventative measures. They can tell you what policies to put in place in order to reduce your chances of a lawsuit. They can help you negotiate contracts, too. Read the articles on this website to become more informed so you can make smart decisions and hire the right lawyers.

Whether you're a contractor or a customer, it's a …

Read More
Why Are Customs Regulations So Strictly Enforced?
3 June 2020

Even folks who feel like veterans of the export/im …

When you are dealing with the ramifications of COV …

Even folks who feel like veterans of the export/import world often can be surprised by just how regulated trade is. The government has plenty of reasons for being strict about what comes and goes from ports, but it's not always quick to explain why. Let's take a look at four reasons why you may have to navigate the customs system.

From crops to the plants in your backyard, the government has an interest in keeping the ecosystem safe from outside invasion. You might think your shipment doesn't fit the bill because it's not agricultural. Insects, fungi, viruses, and other organisms, however, aren't picky about what they'll take a ride on. Failure to comply with regulations can lead to the impoundment or destruction of your cargo.

You're probably not Osama bin Laden, but that doesn't mean your shipment might not be a threat to national security. Some issues are fairly easy to understand, such as regulations on the transportation and sale of firearms and explosives.

Others can be a bit more surprising, though. For example, many types of consumer and industrial electronics are tightly regulated because they have what is called turnaround capabilities. This means the devices can easily be converted from civilian to military use.

The number of reasons for regulating chemicals can be astounding. Chemicals run the risk of producing pollution, and many products that are legal elsewhere in the world are banned in the U.S. Likewise, some chemical precursors may be used in the creation of street drugs. Also, certain chemicals may have national security implications. Of course, some can go boom, too.

A process exists for importing most types of chemicals. It's wise, however, to contact a customs attorney before you even place an order. They'll help you figure out what the appropriate paperwork is and how to submit it.

Trade protection is a bigger part of the customs regime than one might expect in a capitalist society. Protectionism takes a wide range of forms, including anti-dumping measures meant to keep markets for certain goods, particularly steel, in the U.S. from collapsing. You'll also run into state-level restrictions, such as rules aimed at protecting local wine producers.

Even if you're just moving goods through the U.S. and not selling them here, restrictions can apply. Such transporters are often required to certify that nothing was sold if they wish to avoid paying fees and taxes.

For more information on customs regulations, reach out to a company like Braumiller Law Group.